How EVgo Names our Fast Chargers

We’ve often heard our customers refer to their favorite EVgo chargers by name. It’s quick and easy to match up a charger’s name in our app when starting a charging session, and it’s also a lot easier to say a name than read a series of numbers and letters if someone calls our EVgo Charging Crew with questions. So, as part of our commitment to providing a best-in-class driver experience, we name EVgo chargers … with “people” names.

Coming up with creative and locally meaningful charger names can be a tall task when trying to keep up with EVgo’s fast paced growth, but the process is always a fun challenge. That’s where EVgo’s chief charger namer, Abby Werman, comes in.

Naming chargers not only serves a functional need, but it also creates a sense of connection and helps us pay tribute to environmental activists and change makers, in addition to highlighting local notables, favorite pop culture icons, and even EVgo employees (call it a workplace perk).

To find the right name for each station coming online, Abby starts with a review of the area’s history, searching for important historical or environmental events and key players. Equity also plays an important role in the charger naming process, and we ensure our charger names represent women, people of color, indigenous people, and members of the LGBTQ+ community. When naming multiple chargers at a station, we include a mix of traditionally male and female names, as well as non-binary names.

If you’ve visited our stations before, you may have noticed we have playful names, too! Olive and Popeye are paired up at our Irvine Lanes station in Irvine, CA; Statler and Waldorf are next to each other in Seattle, WA, and Wanda and Pietro are together at the Lloyd King Center in Arvada, CO. And, we recently energized a new EVgo station on Vulcan Street in Encinitas, CA where chargers are all named after – you guessed it – Star Trek Vulcans!

Here are a few more examples of EVgo charger names and the history behind each. 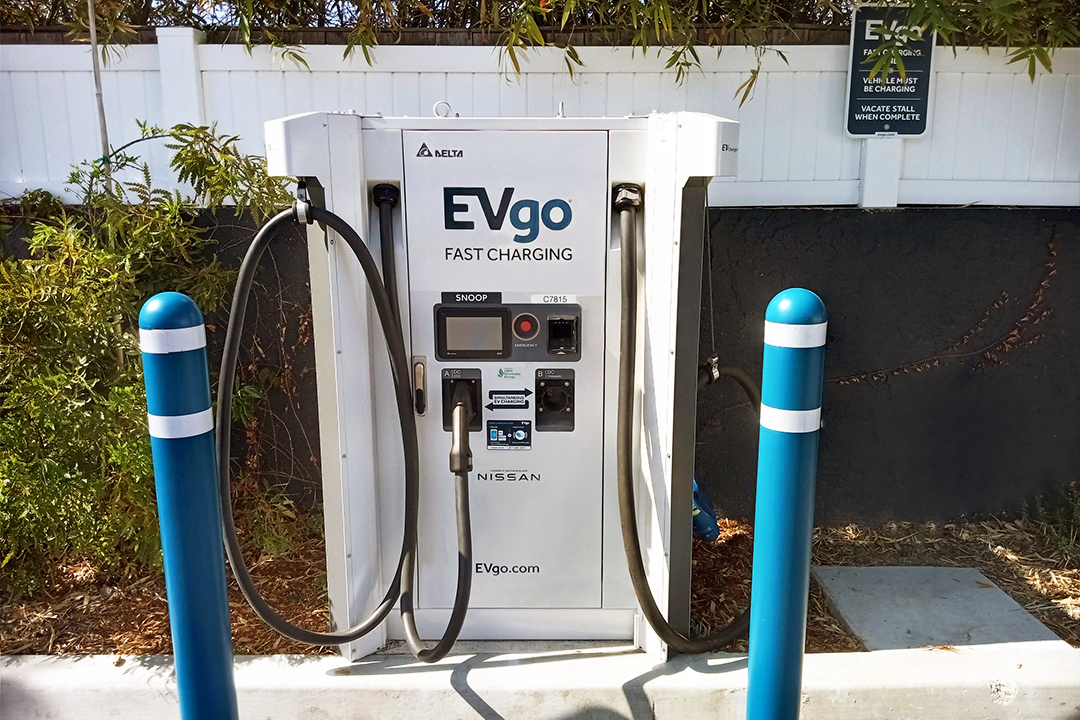 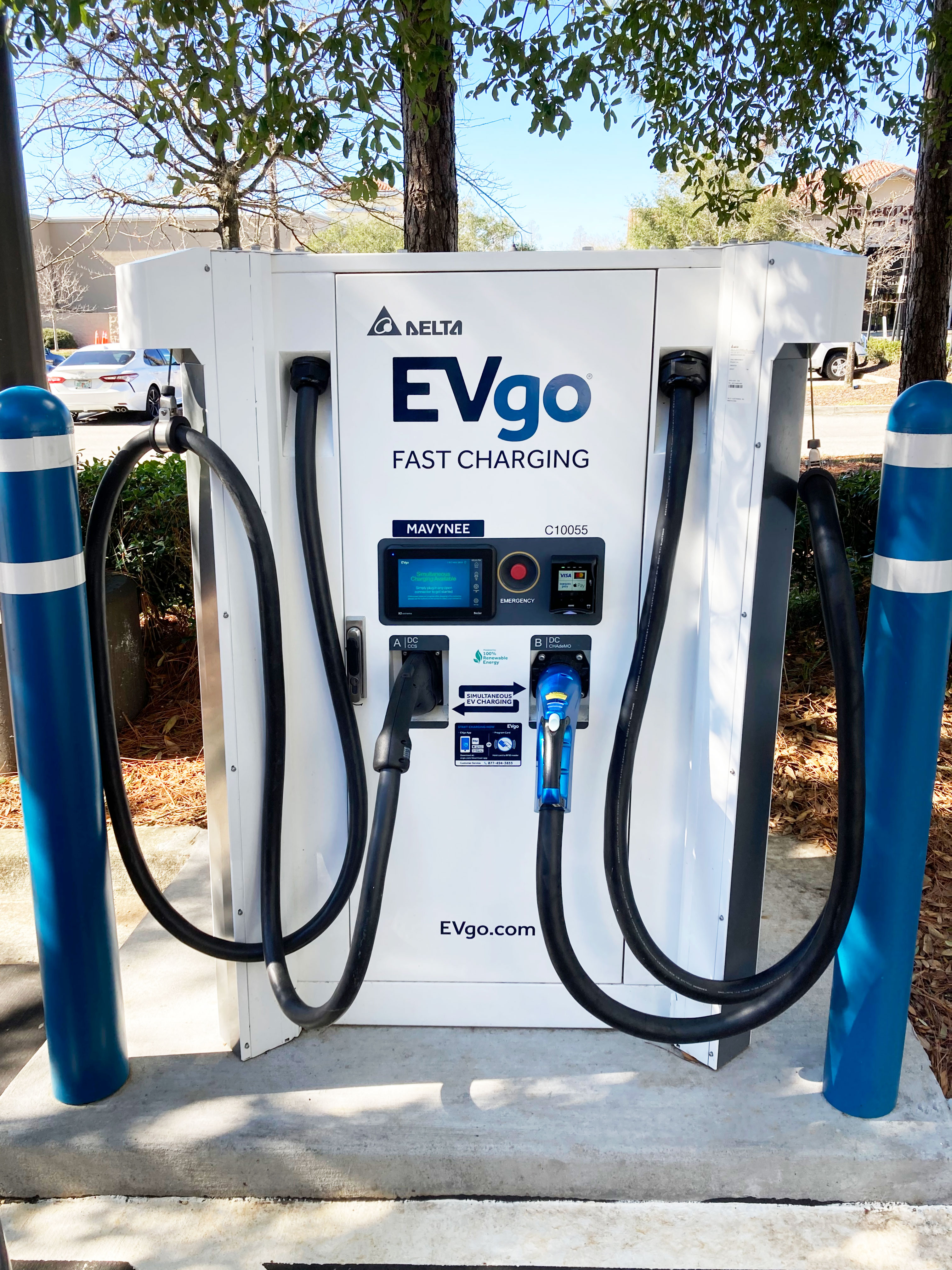 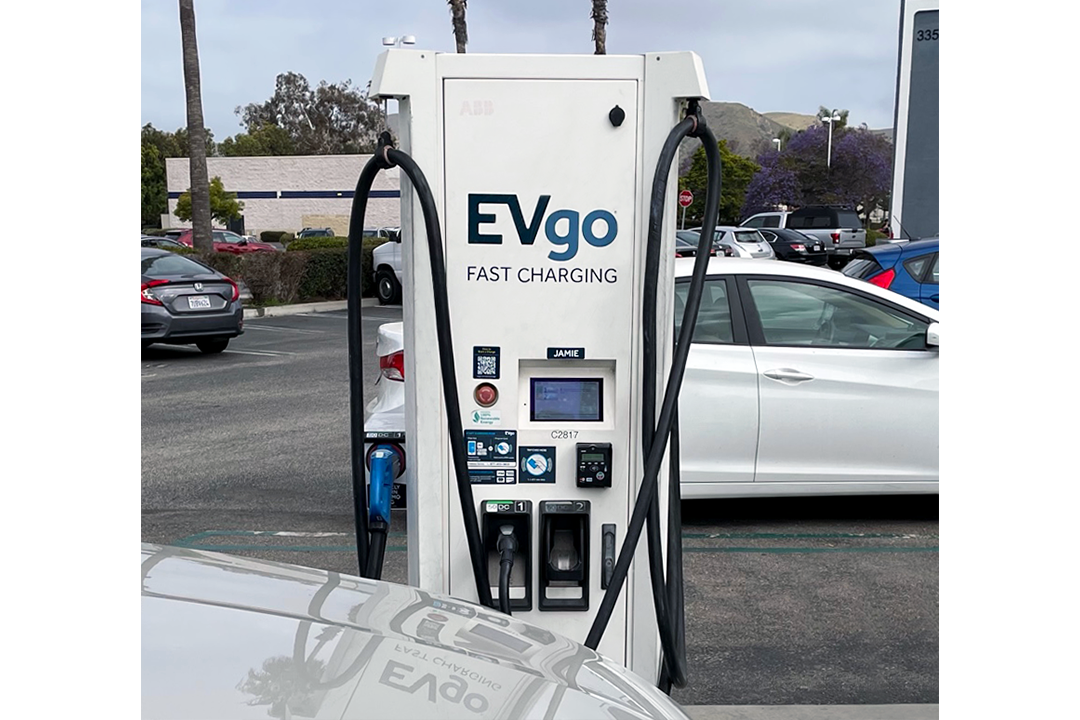 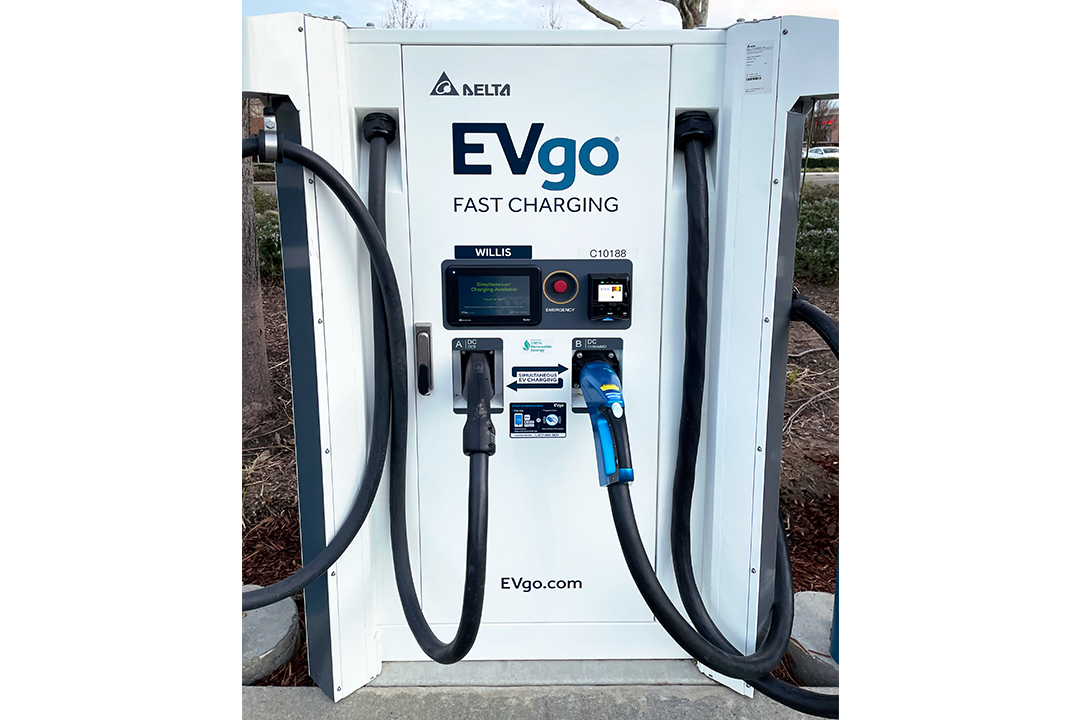 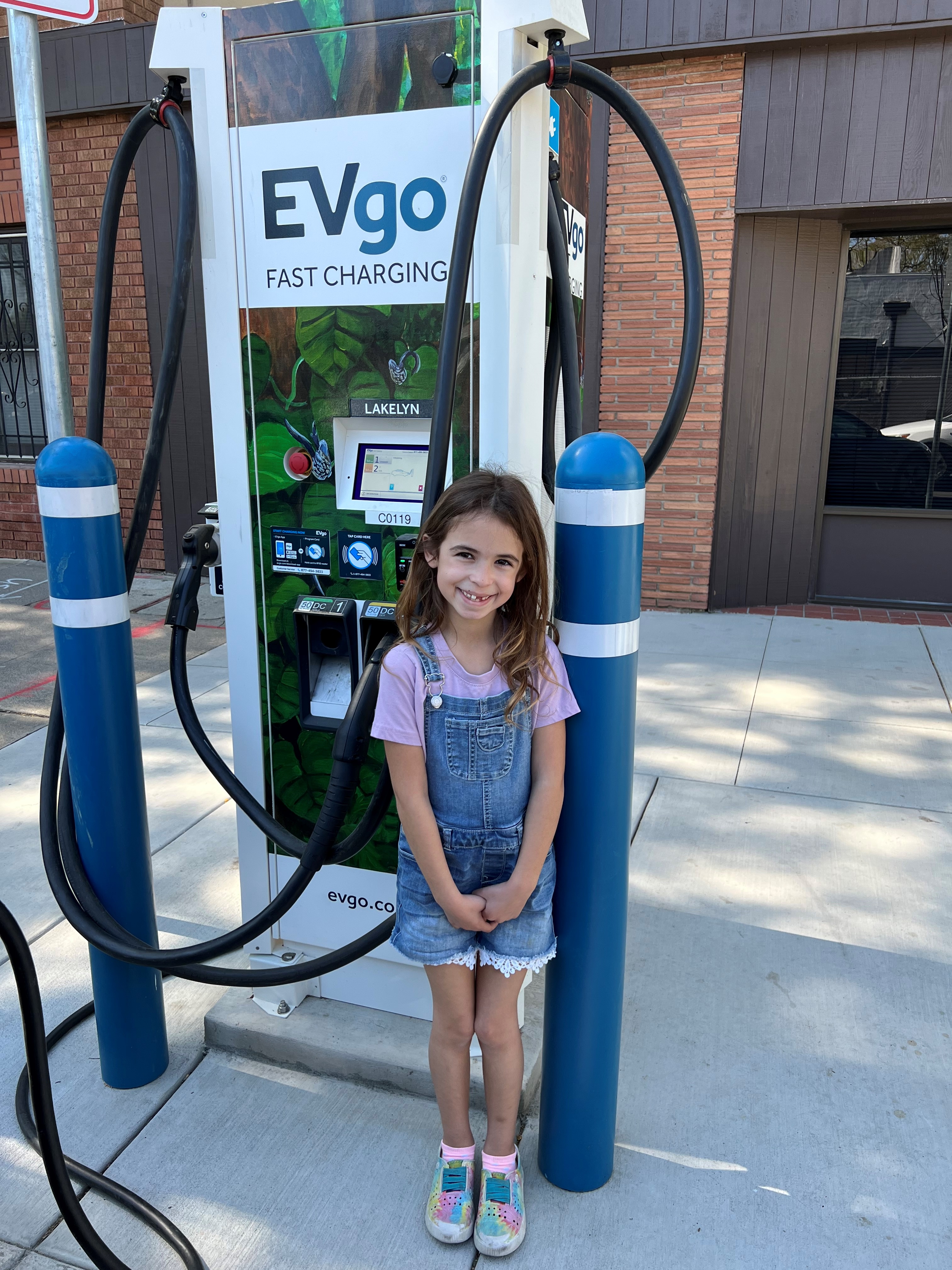 With 850+ fast charging stations across the country and hundreds in construction at any given time, we’re always on the lookout for potential charger names. That’s where our customers come in!

Want to name an EVgo Charger?

EVgo accepts charger name suggestions from customers at events like the L.A. Auto Show or our station grand opening parties, and through our social media channels as well.

We recently deployed new chargers with names suggested by our customers, including Rustam, named for an EVgo customer in Castro Valley, CA, and Yakua, featured at an EVgo station in Millbrae, CA, named at the request of Edwin Z., who suggested we include Peruvian, Incan, or Quechua names. 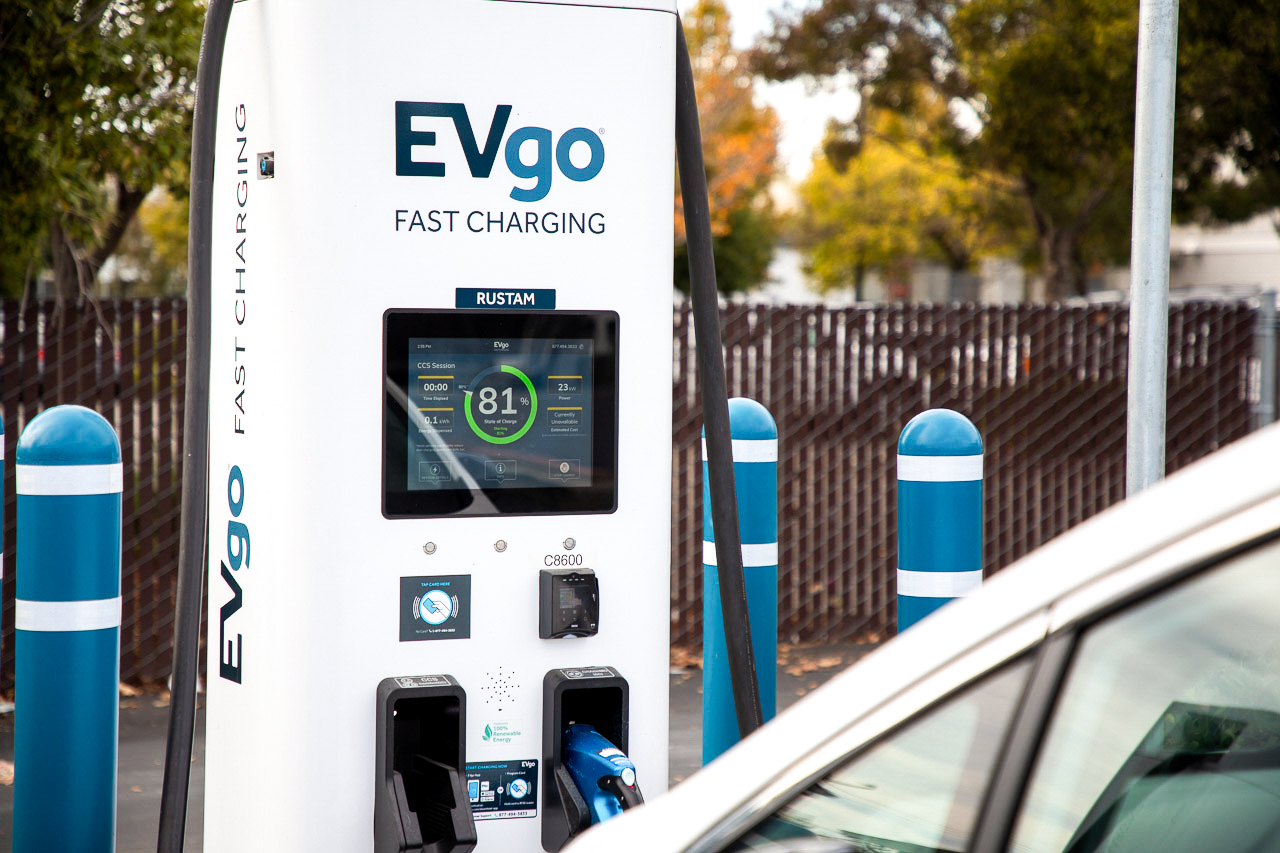 Curious to see if we have a charger that shares your name? You can use our Find a Fast Charger tool, or the EVgo app to search for your namesake EVgo charger. If it’s not already part of our network, or if you have suggestions for local legends in your area who deserve recognition, let us know at TheEVgoods@evgo.com.